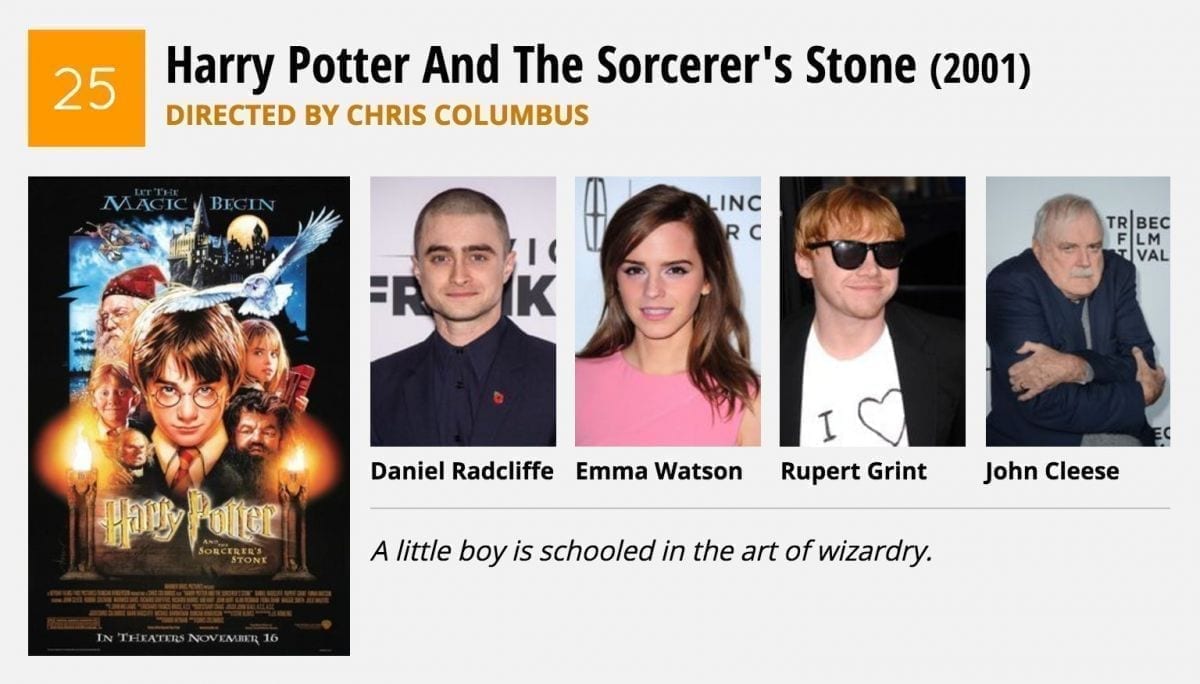 Fun fact: Alan Rickman was hand-picked to play Snape by J.K. Rowling, and received special instruction from her as to his character. 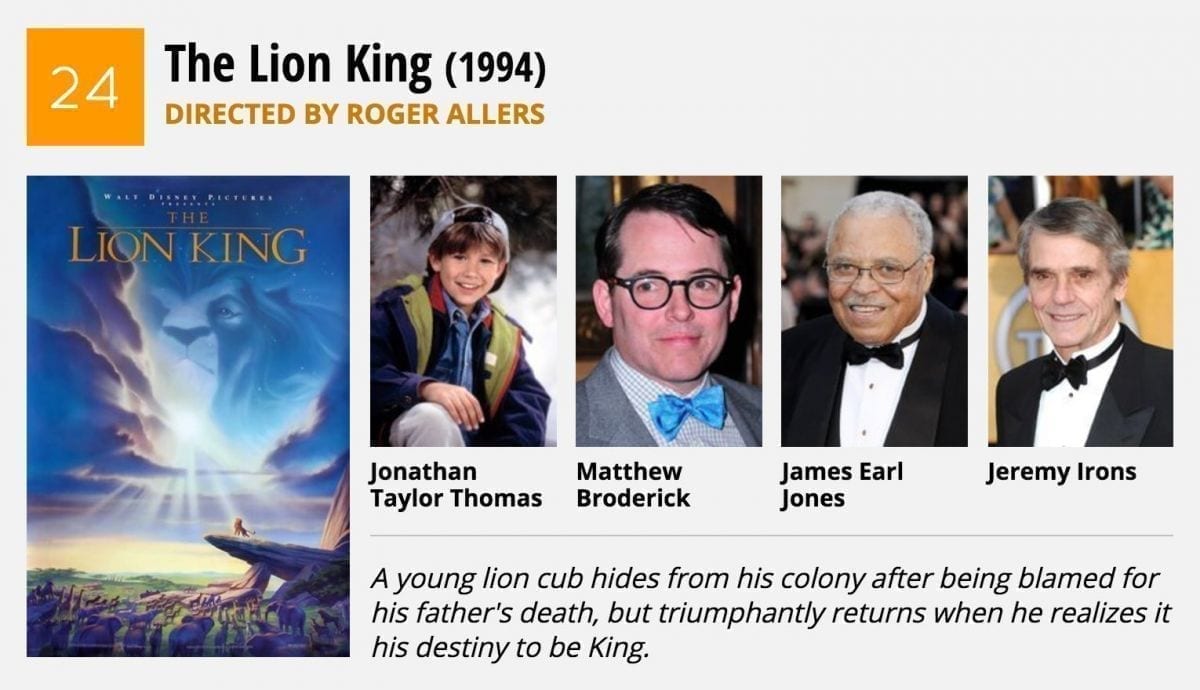 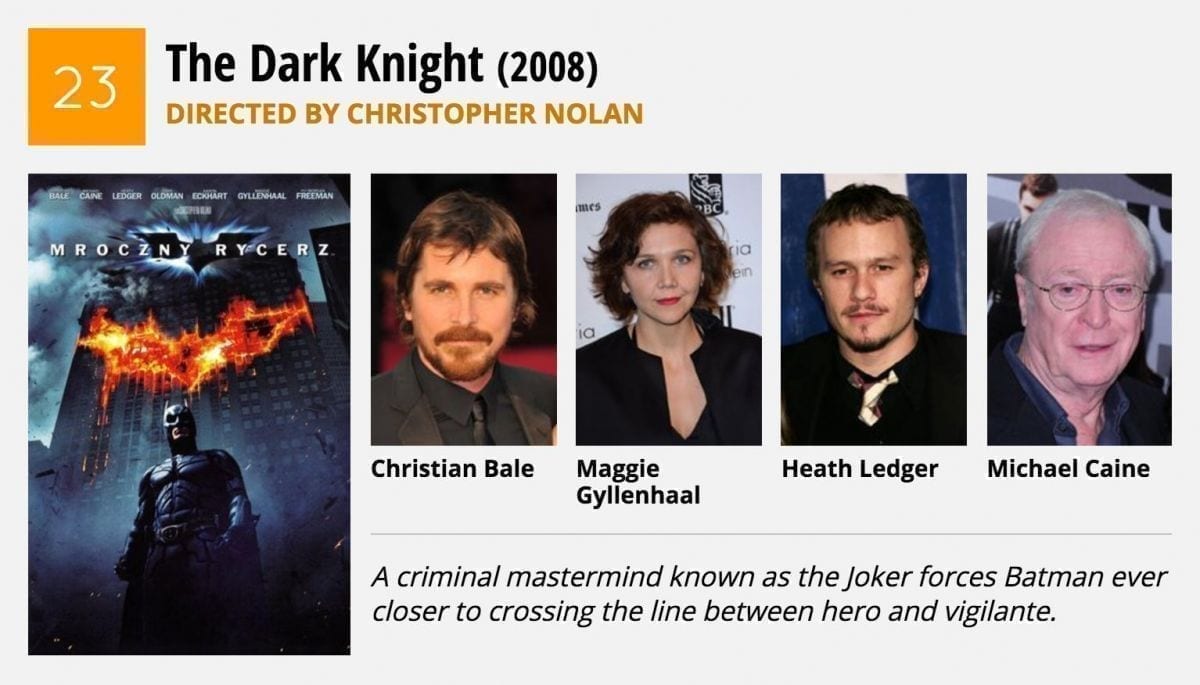 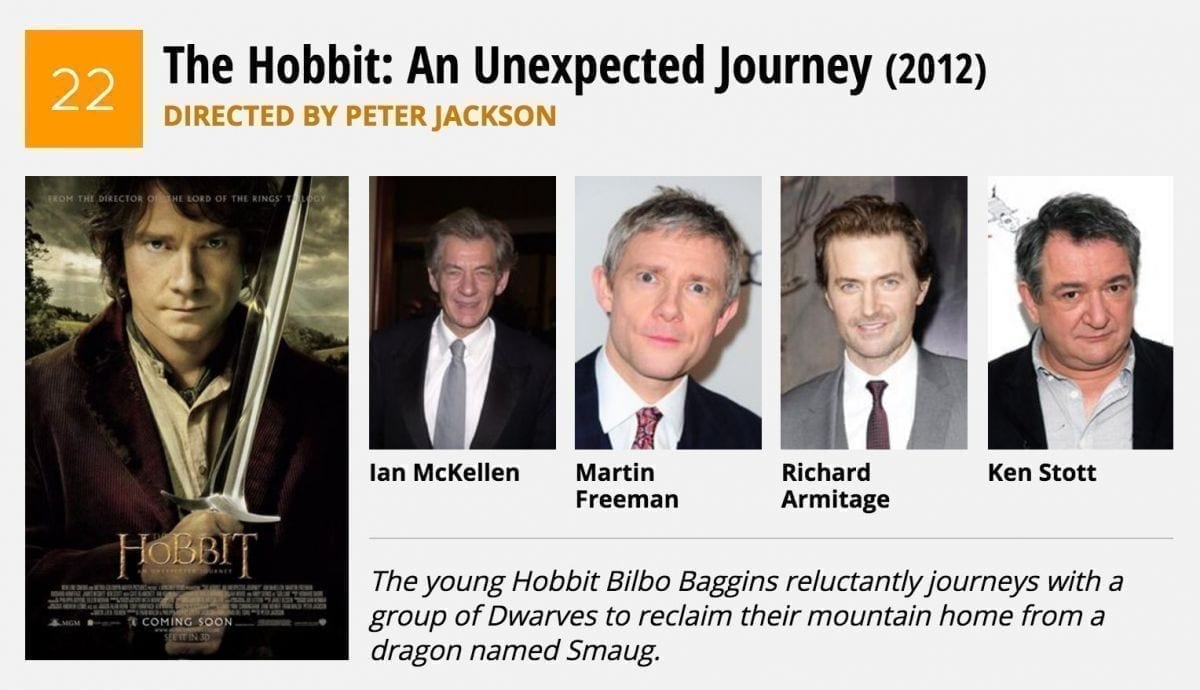 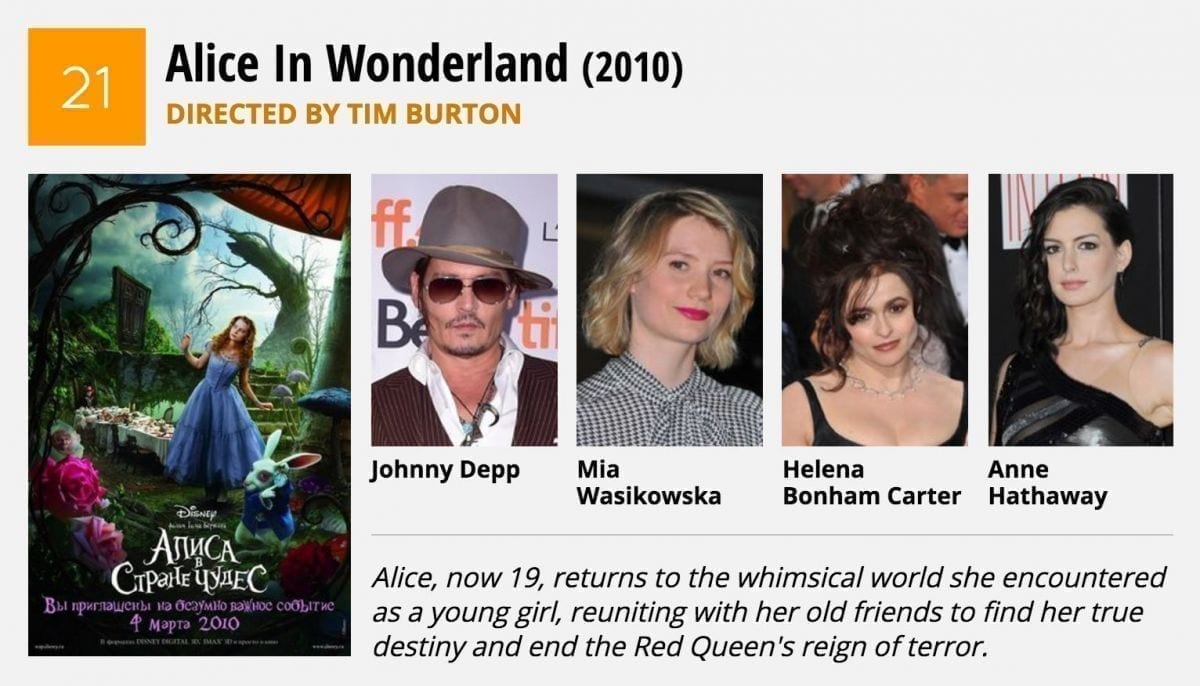 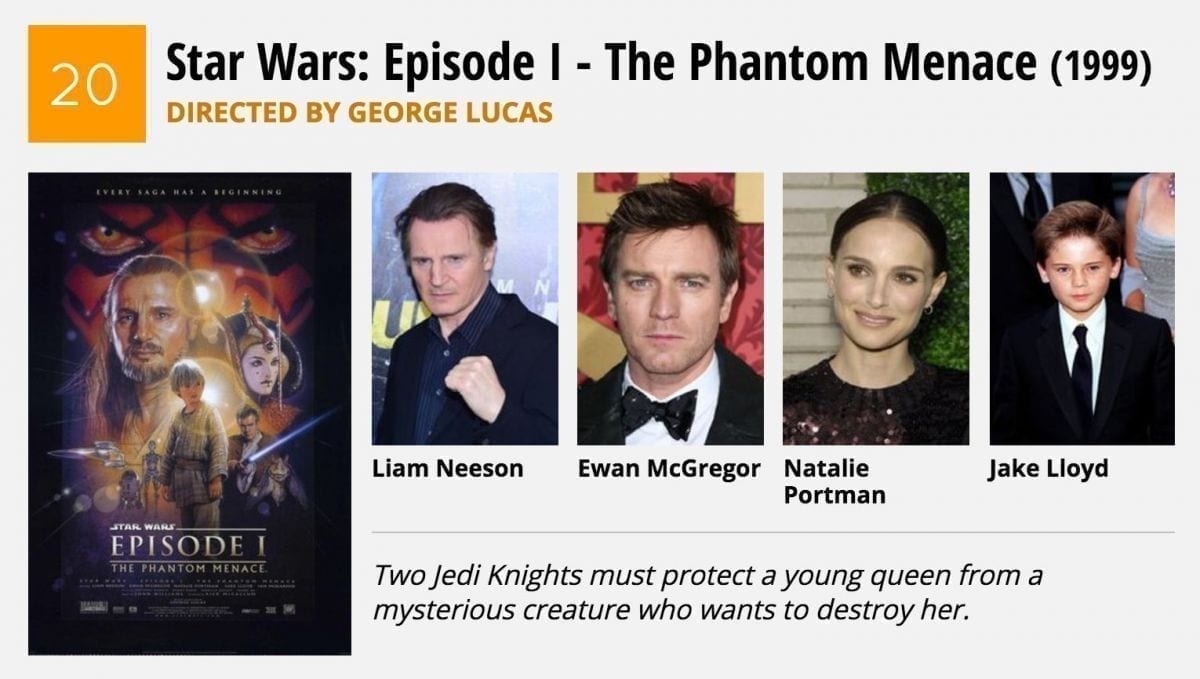 Fun fact: After the credits finish, the sound effect of Darth Vader’s breathing can be heard. 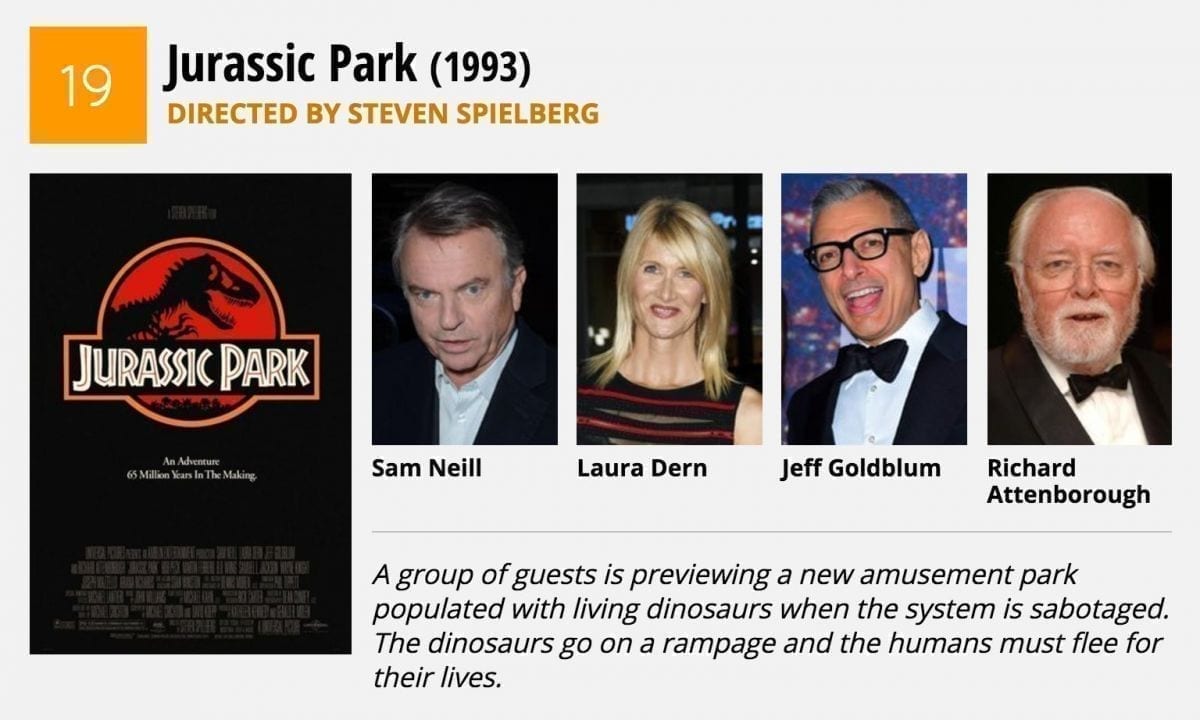 Fun fact: To make Tyrannosaurus’ roars they combined the sounds of a dog, penguin, tiger, alligator, and elephant. 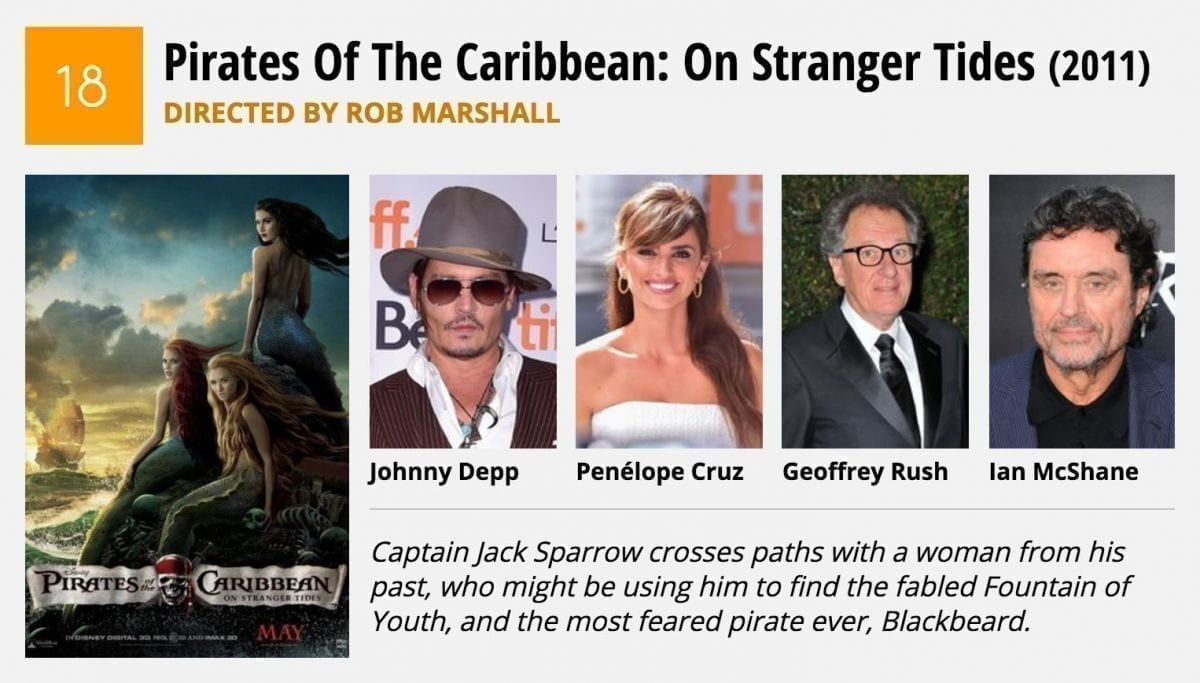 Fun fact: Penélope Cruz was the only person considered for the role of Angelica. She accepted it without reading the script. 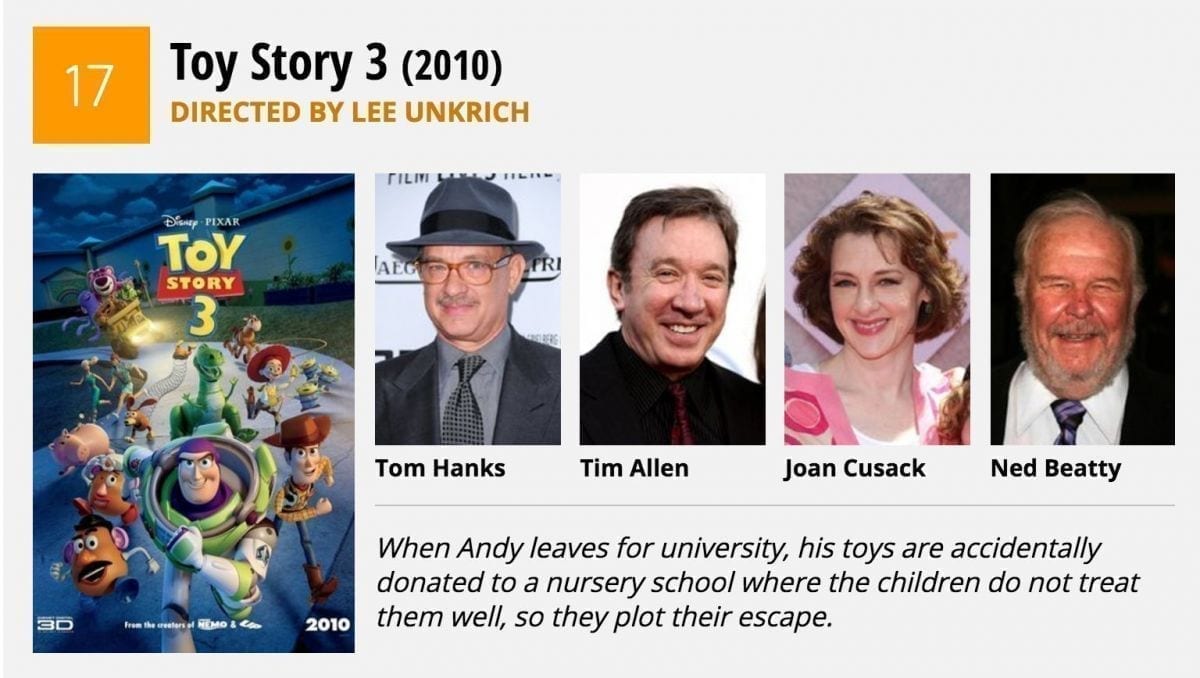 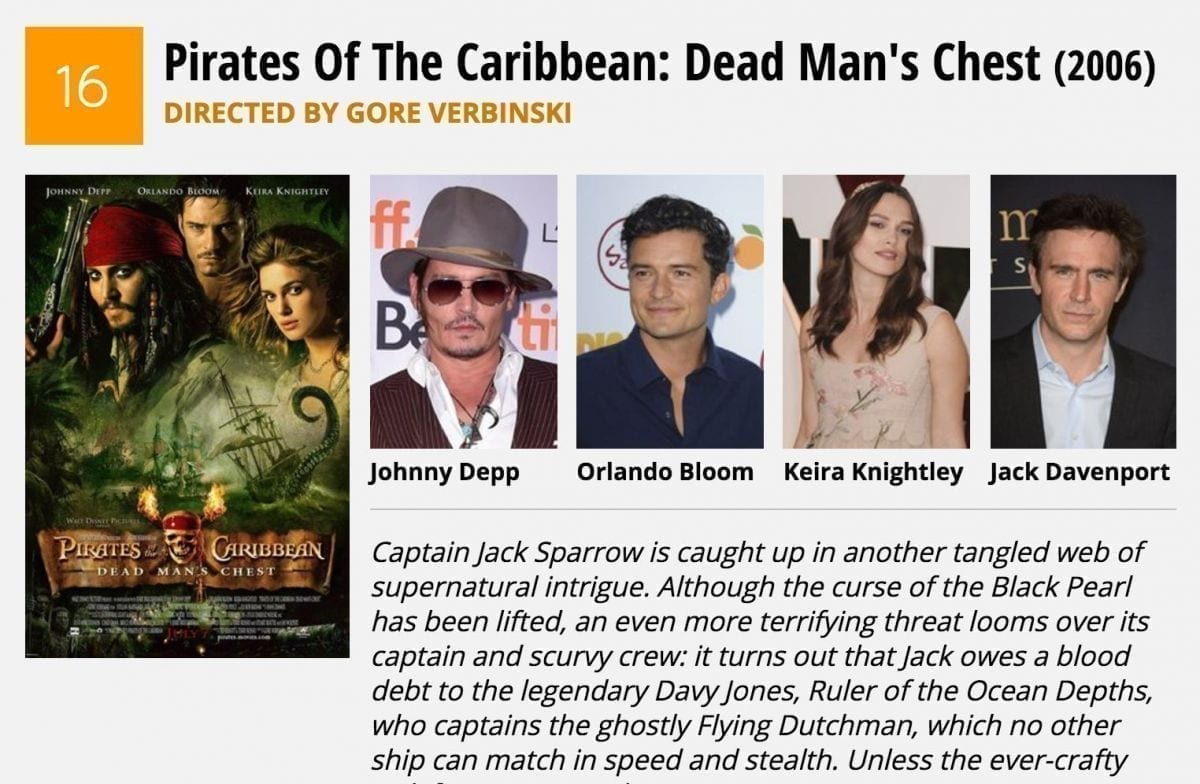 Fun fact: The film has been banned in China for cannibalism, which was an integral part to the movie’s story line. 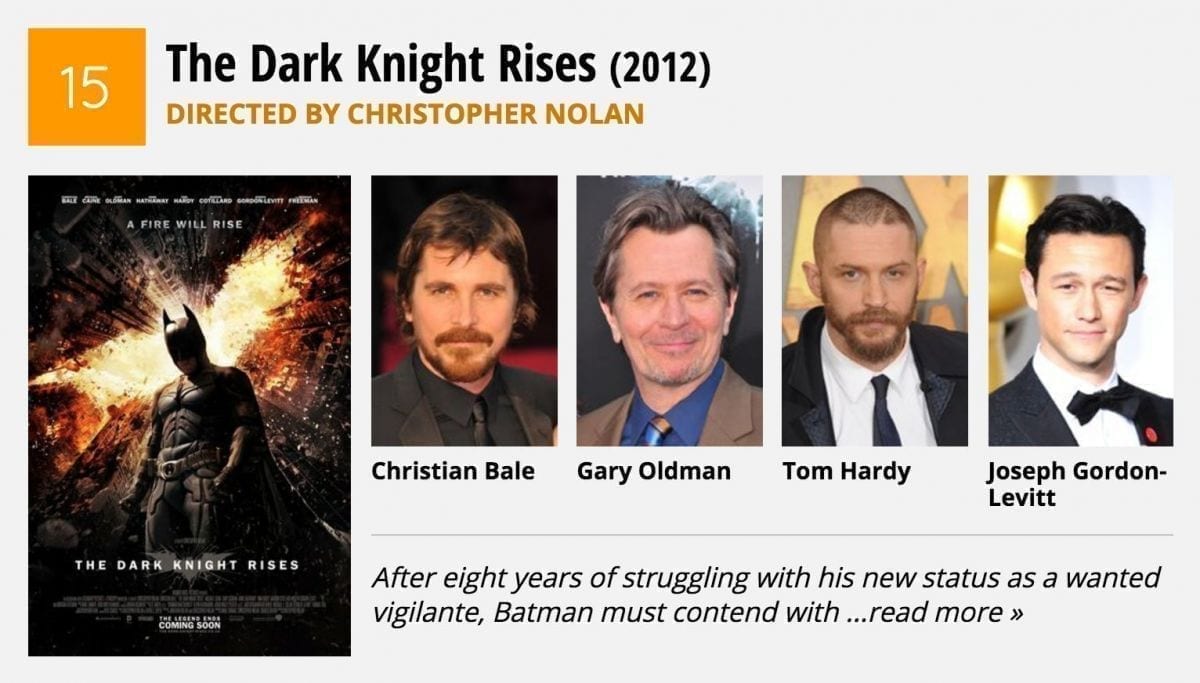 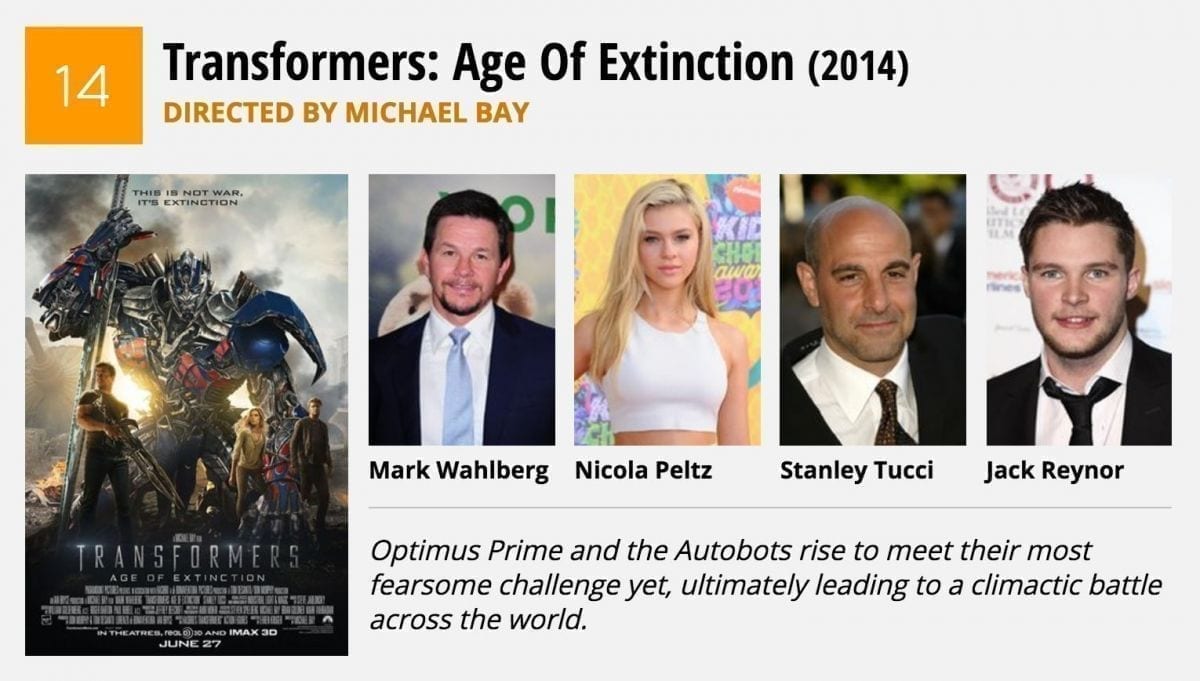 Fun fact: According to the studio, 90% of Mark Wahlberg‘s stunts in the film are done by him.

Fun fact: Daniel Craig, not his stunt double, performed the daring stunt of leaping and sliding down the escalator rail. 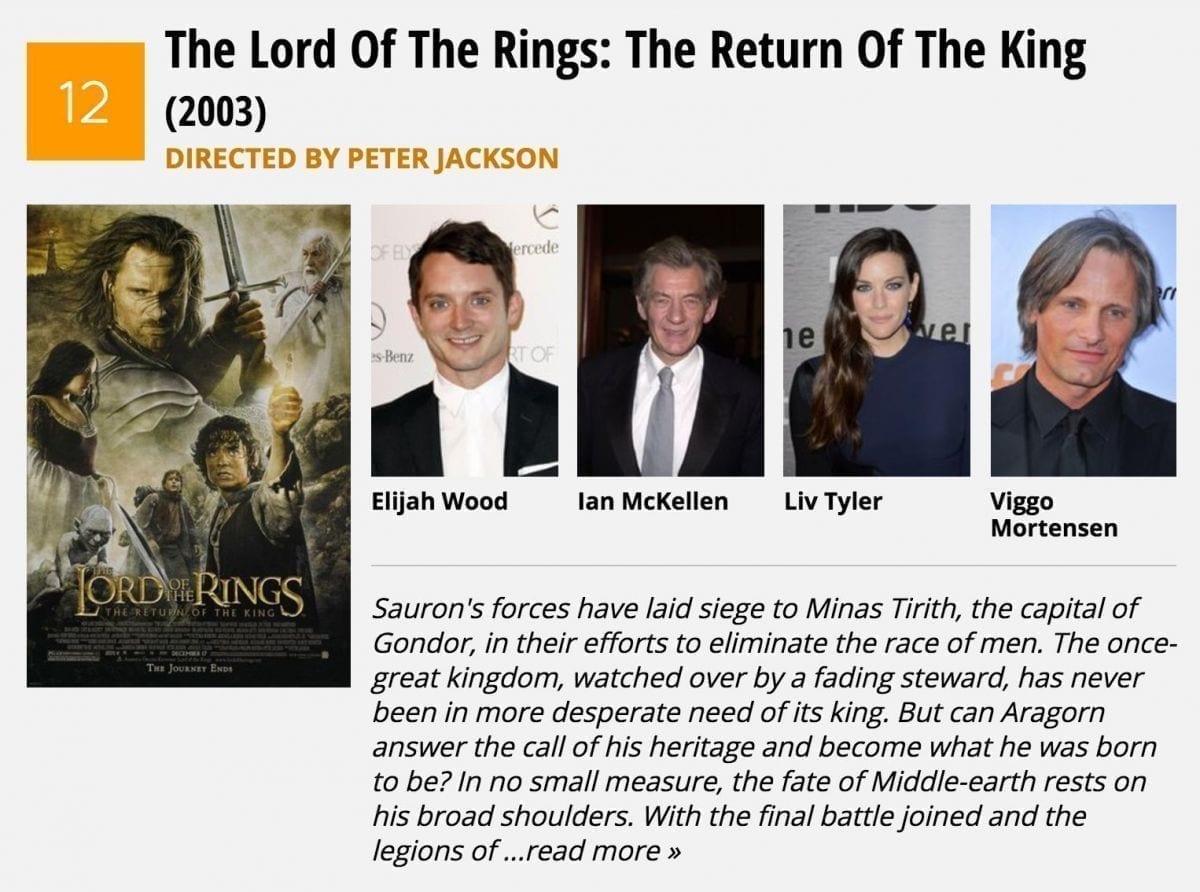 Fun fact: Andy Serkis and Elijah Wood both got prop rings used in the movie by director Peter Jackson and both thought they got the only one. 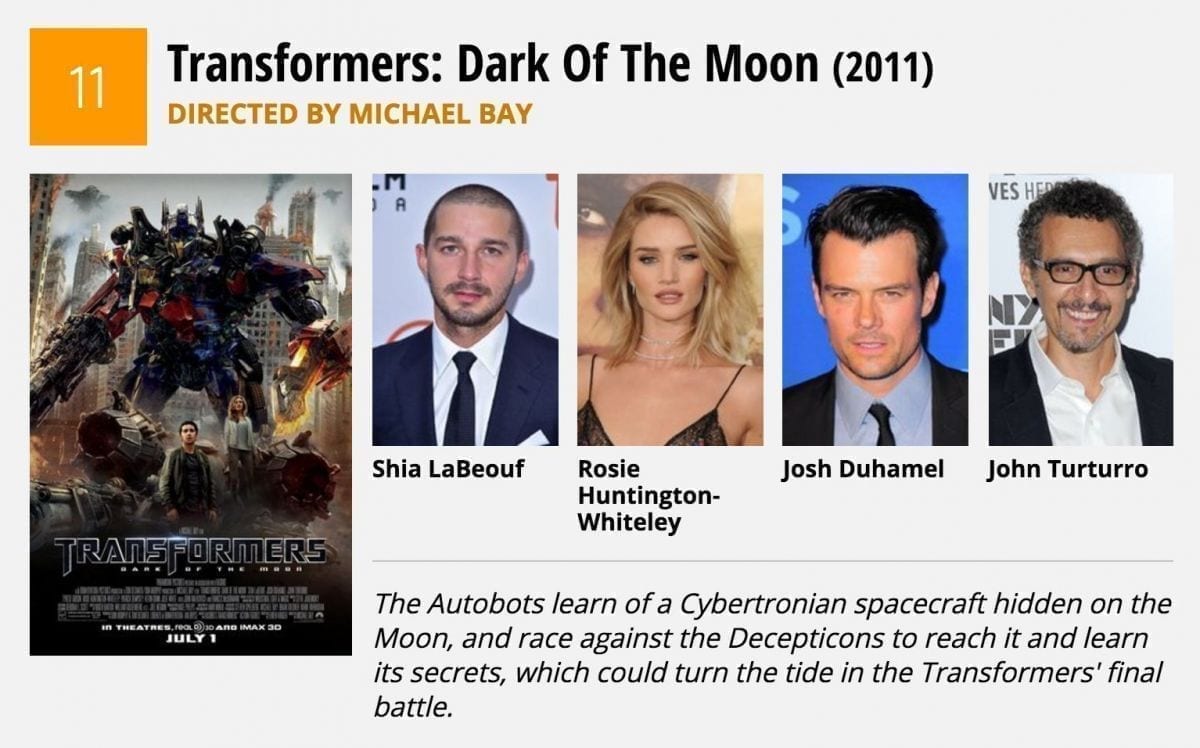 Fun fact: Despite the rumors of a fight between Megan Fox and Michael Bay, Steven Spielberg was the one who got Fox fired. 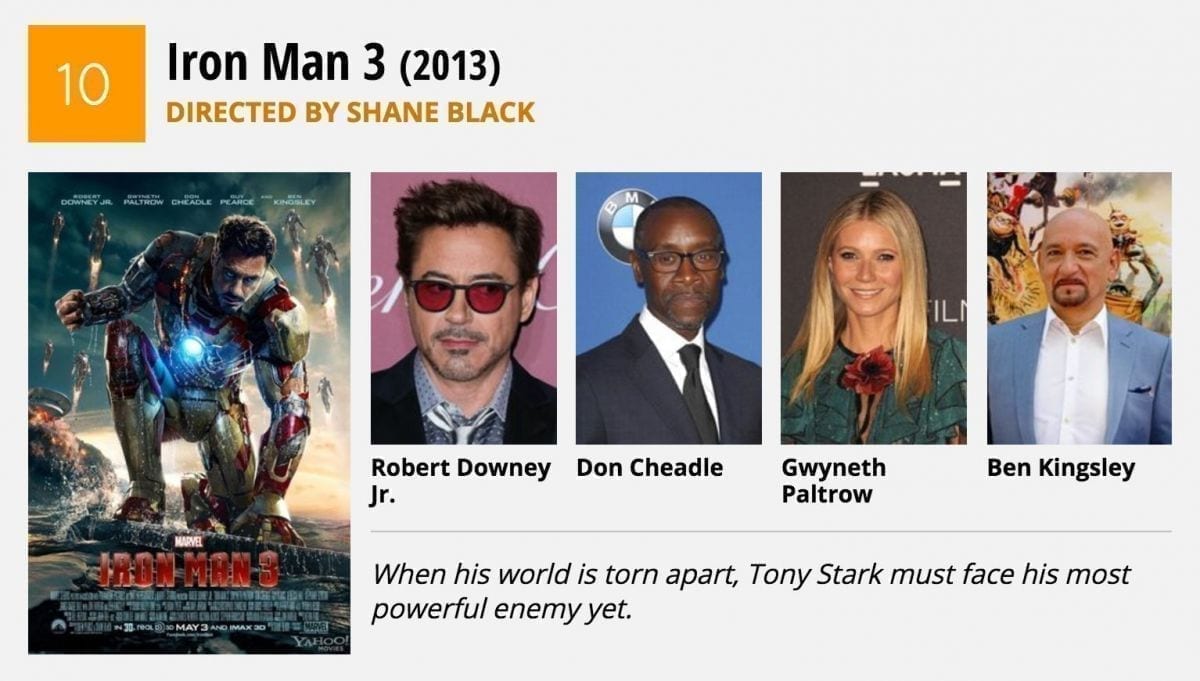 Fun fact: The first cut of this movie was 3 hours and 15 minutes long, but they sliced it down to 1 hour and 59 minutes. 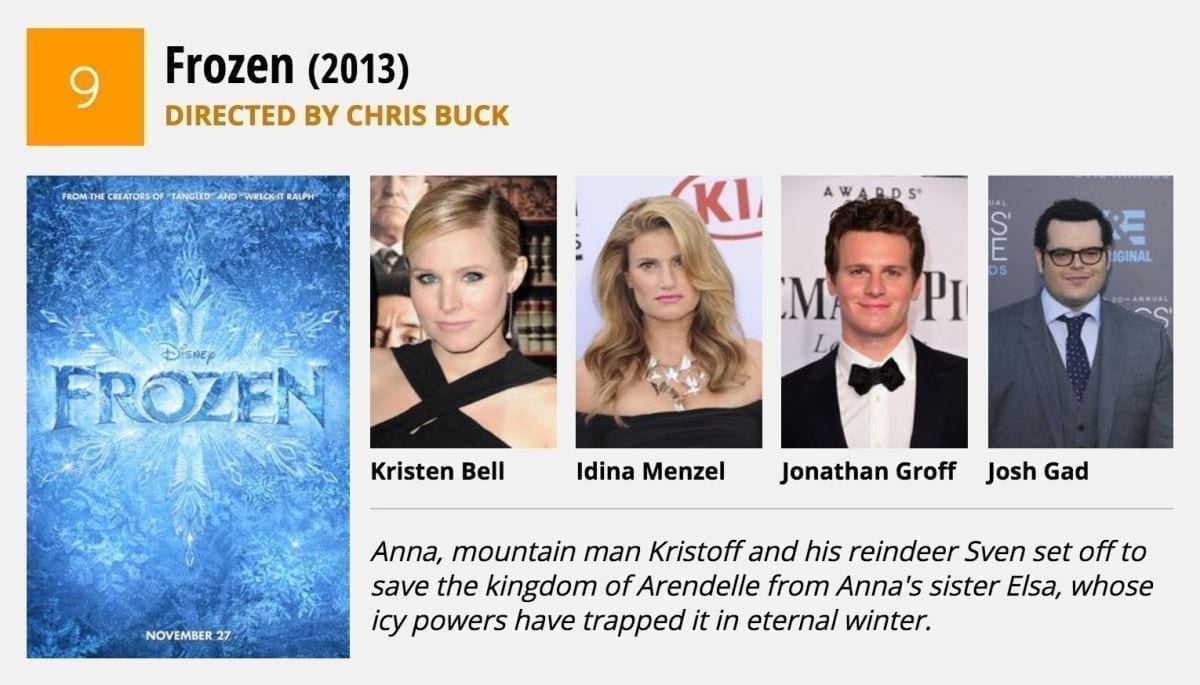 Fun fact: Over 24 minutes of the film are dedicated solely to musical performances. 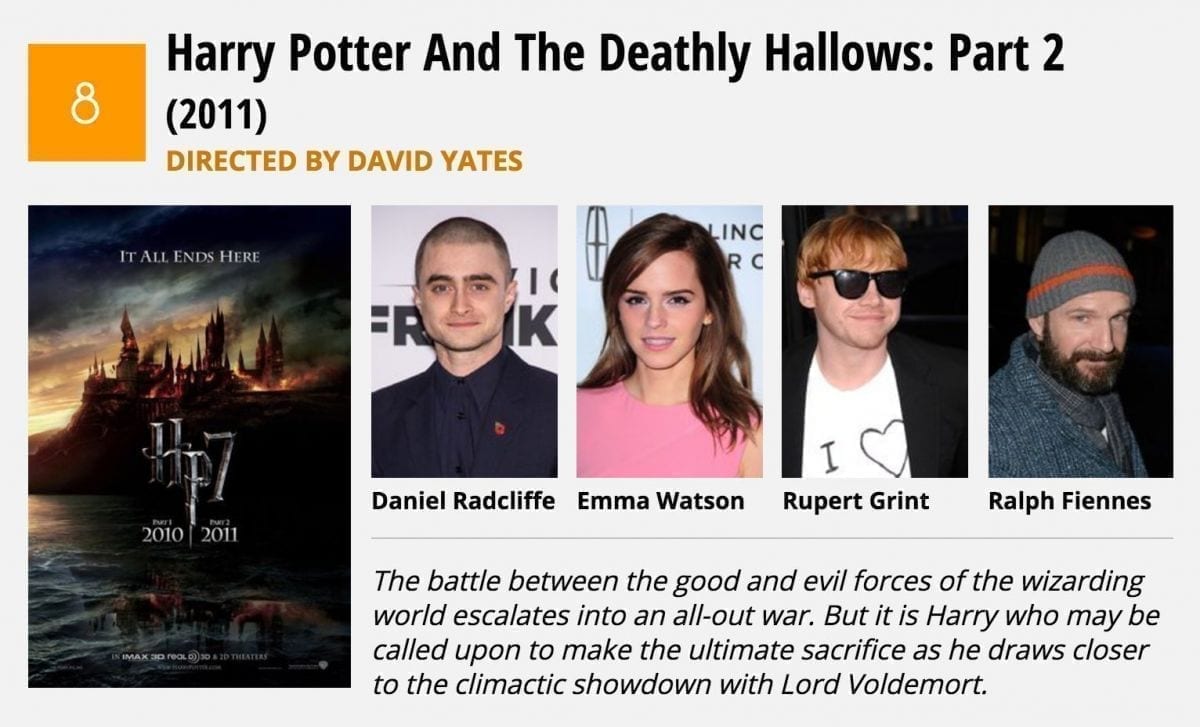 Fun fact: This is the only movie in the series where Hermione flies on a broom. 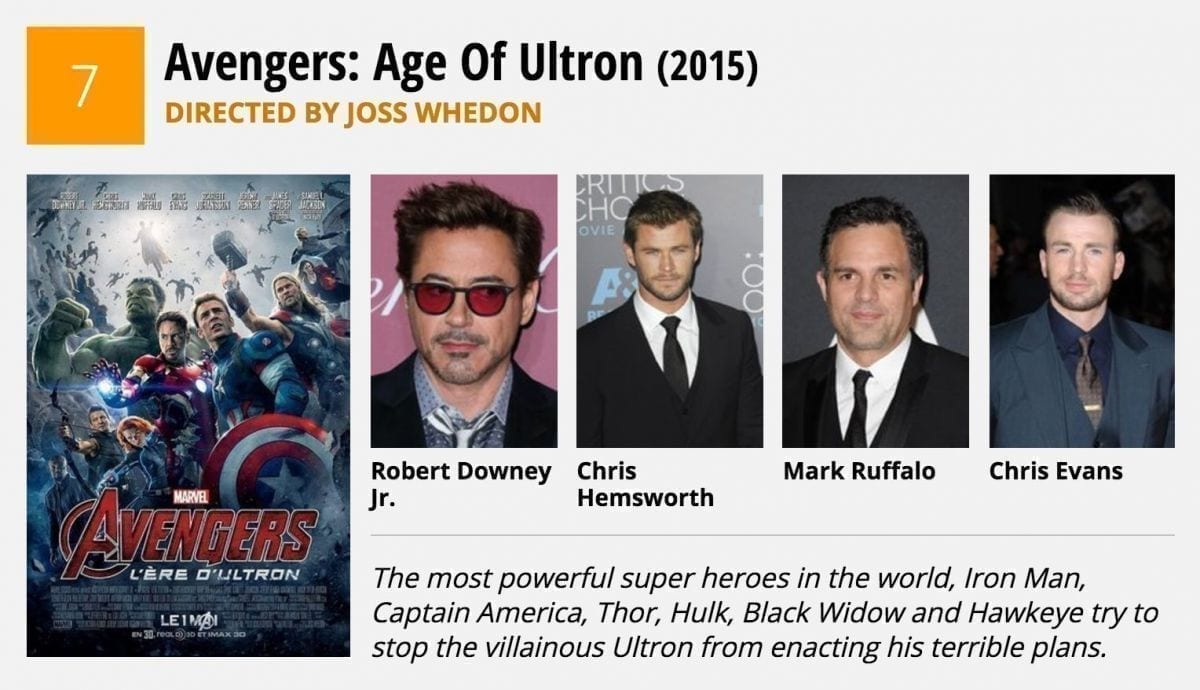 Fun fact: Quicksilver’s first line was the same as his last, both said to Hawkeye, “You didn’t see that coming?” 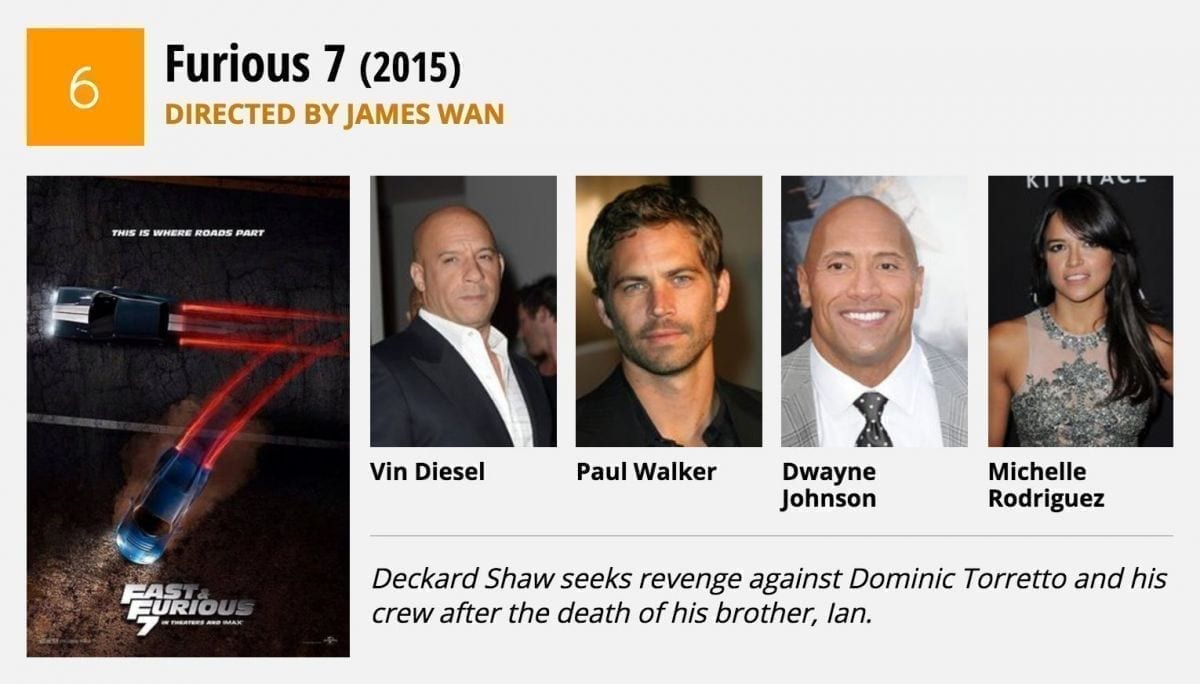 Fun fact: Paul Walker‘s brothers, Caleb and Cody, were among the body doubles filling in for Paul after his death. 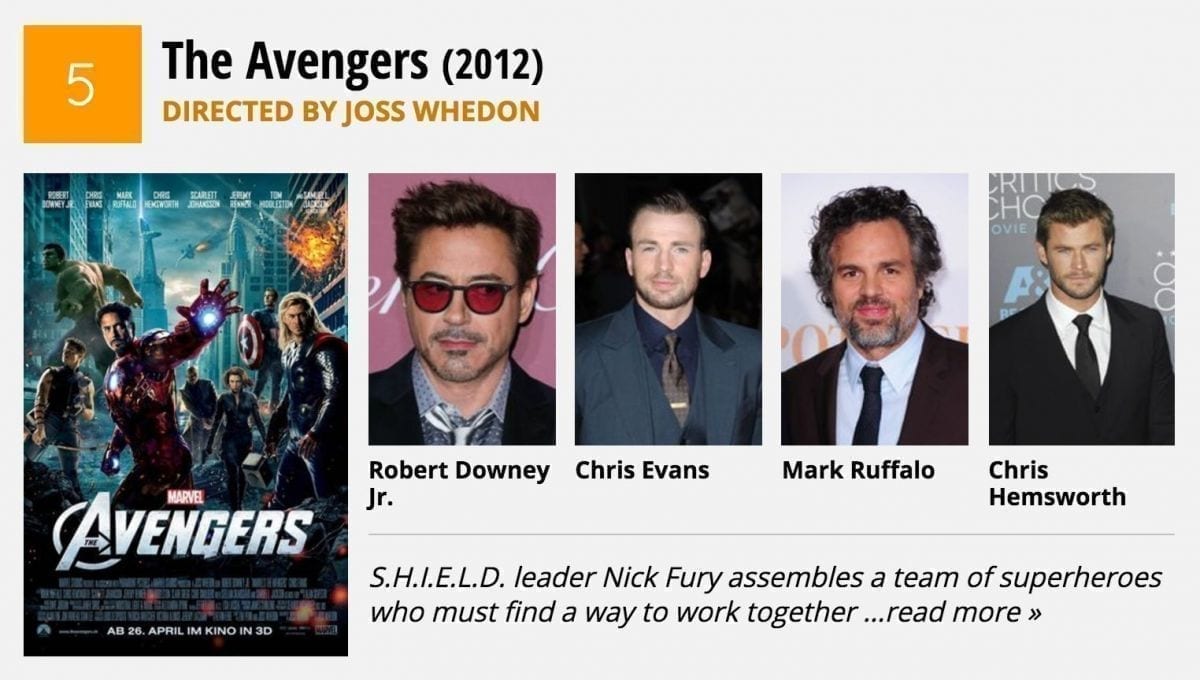 Fun fact: This is the first Marvel Studios movie to make $1 billion (the 5 previous movies span from Iron Man to Captain America: The First Avenger). 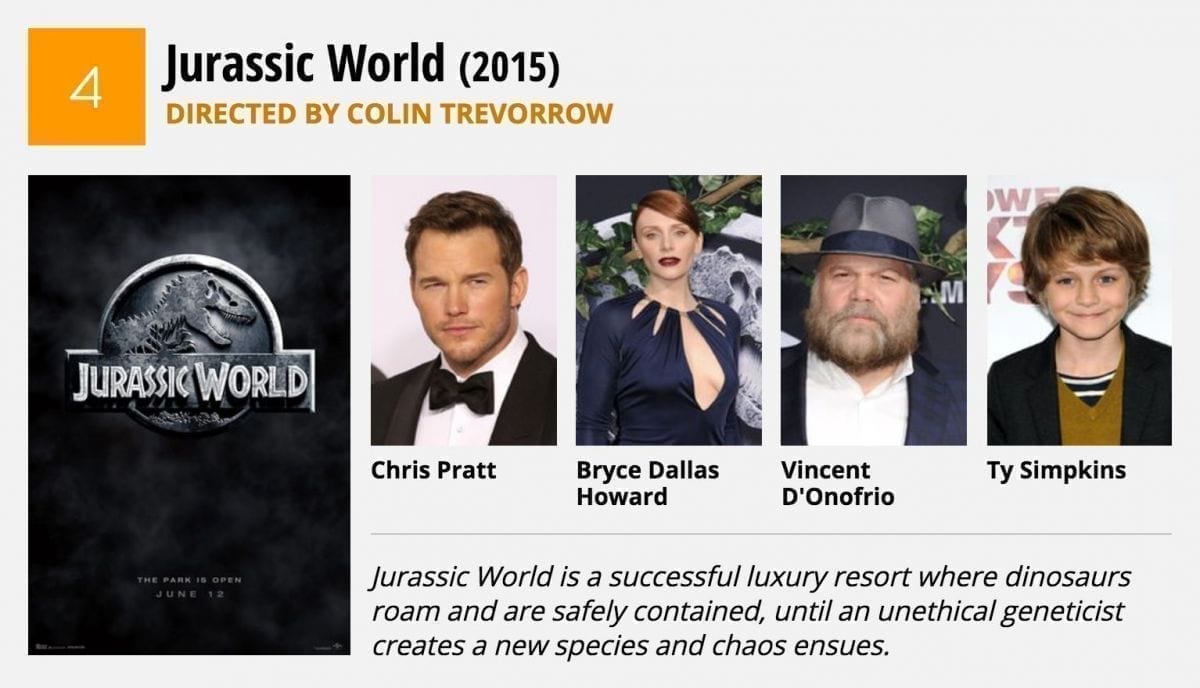 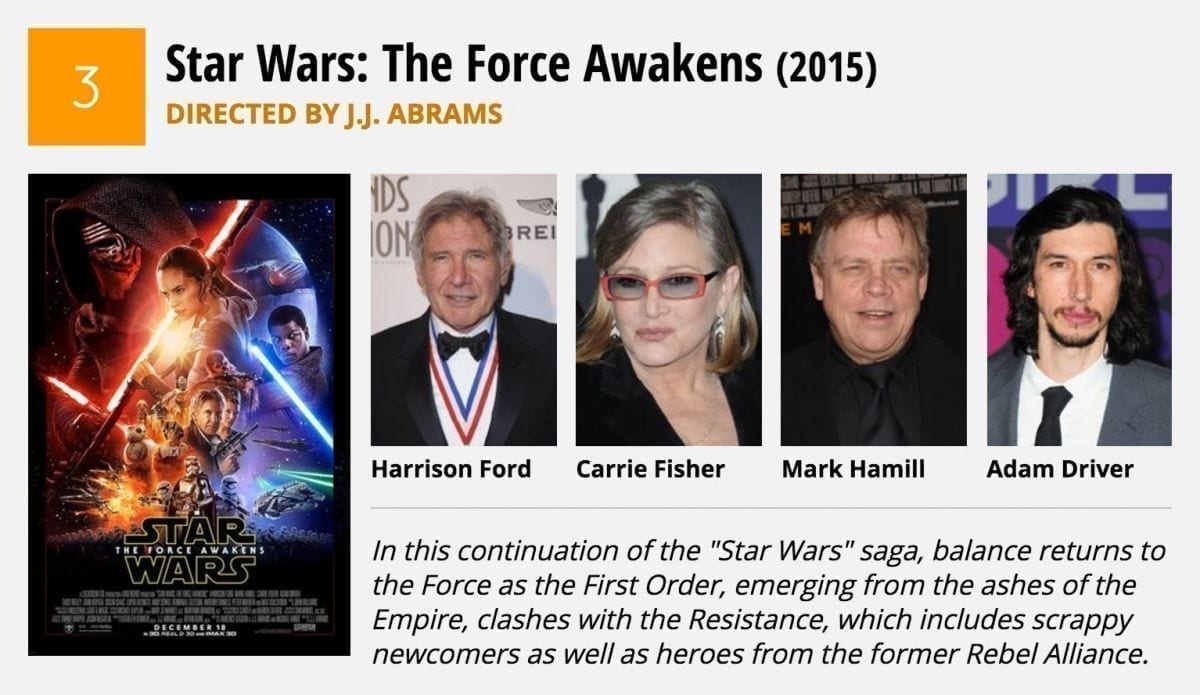 Fun fact: Harrison Ford received top billing for the film, making him the first non-Jedi actor to be credited first. 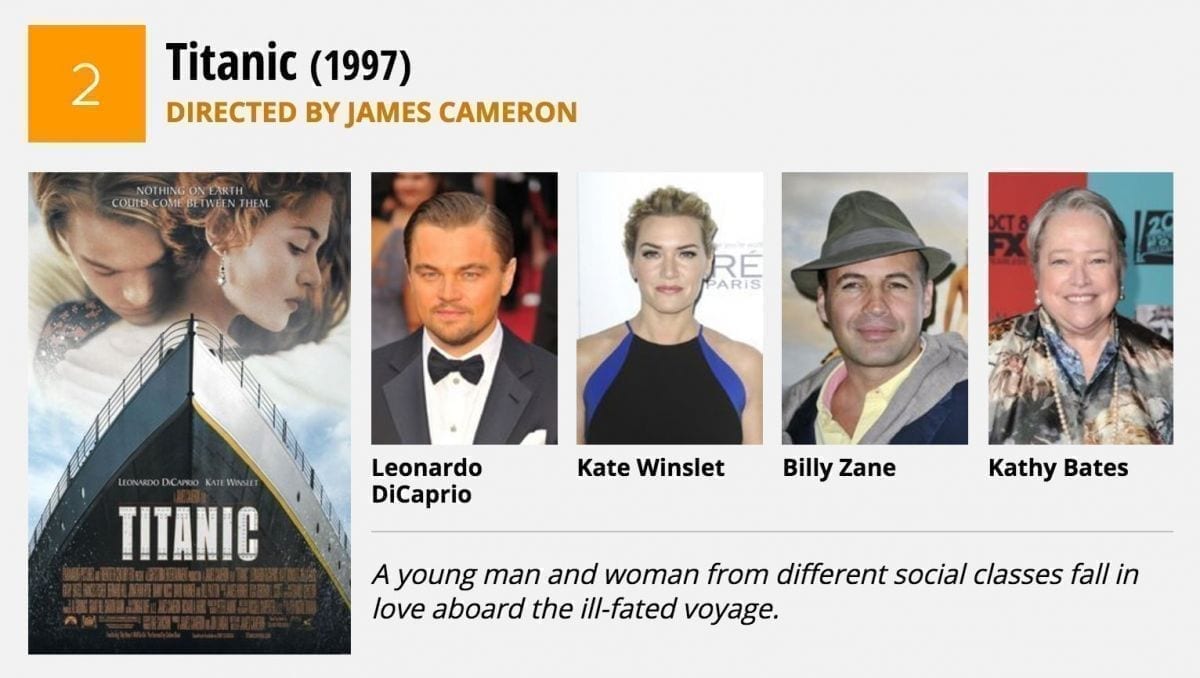 Fun fact: When Jack says, “Lie on that bed, uh, I mean couch,” during the infamous drawing scene, Leonardo DiCaprio made a line mistake but James Cameron liked it so much, he kept it. 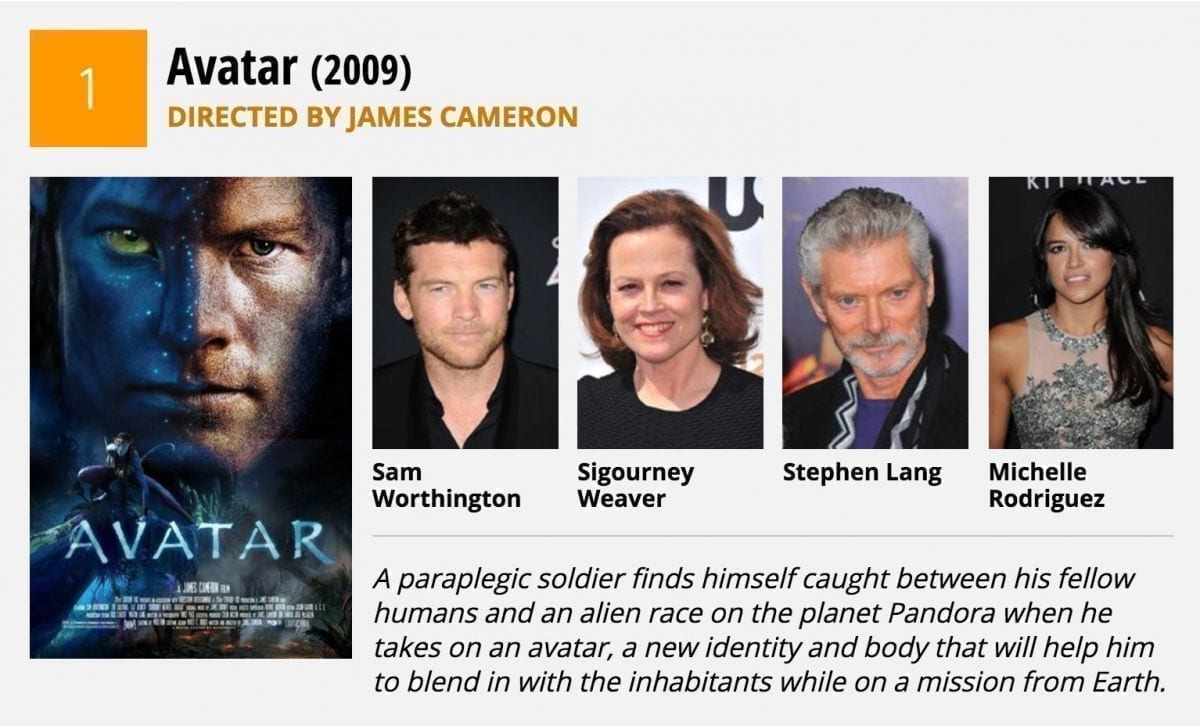 Fun fact: When Sam Worthington (Jake Sully) auditioned for the role, he was living in his car.